Ok. That’s hardest: writing about yourself.

I began programming in the 80ies – but feel as if I’d just started.

My first contact with a programming language was APL (a scientific functional language) on an IBM personal computer in 1980. I did some fun programming with Basic on a TRS80 (it had a cassette tape drive as mass storage device) in the mid-80ies. Two years later I took up formal education in the field and worked with Cobol (professionally) and C. There was no C++ around at that time. Lisp was sort of an esoteric science and popular only in certain academic circles. It’s funtastic  to pick up on all that previous experience when digging into today’s advanced software development techniques and ecosystems.

A major learning is: To be productive, you have to master the environment and the process – beyond a given understanding of syntax and logic.

For about a decade I was working in media and advertising – but I don’t like to advertise myself.

Well, that job was not about writing ad copy or campaign creatives – I worked as a inhouse consultant / analyst for media sales in television research and media analytics. Data Mining and Info Graphics weren’t popular terms then, but they would describe very well what I was doing at that time. Essentially I was extracting information from large datasets, then presenting it to the management people to eventually gain insight and knowledge from it. Excel, Sql Server and SPSS were my favorite tools at that time.

Since work isn’t all there is to life, this was my initiative to cheer up my life again. My studies were backed by philosophy and communication science. My main interests were the personal motivation behind political engagement and how individual activities build up to collective action. Once I attended a course about History and Techniques of Propaganda which still is important for me to remember in times of ubiquitous digital surveillance … really could be a major topic on this blog.

I ran my own internet communication agency over 7 years, employing about 20 people, from 2003 to 2009 – but I’m performing best as a developer myself. 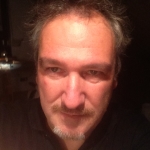 Book-keeping and management aren’t my favorite occupations in life, but they are essential to run a company. Only occasionally I had time then to do some programming myself. Since 2009 I’m back to the roots. I like to create new stuff and think something through from scratch. I’m good as innovator and crafting it into language. I prefer working with collegues to a common goal over directing employees to deliver maximum profit. I love what I do now – to work as a freelance developer.

My focus as consultant and developer is on custom information and reporting systems in traditional and social media with (sometimes massive) data back-ends.

And yes, I’ve lost some hair in the process.

Languages I’ve learned and work(ed) with